Charles Construction Company Inc has built its business by providing quality work at reasonable prices while keeping a safe working environment for its employees. Customer satisfaction from quality work done in a professional manner is what continues to grow our business. Quality work cannot be achieved without competent employees. We are very proud of our employees operating expertise and ability to adapt to the ever increasing demands of out changing environment and regulations.

Although he never took an active role in the operation of the company, it was his need and the needs of the telephone and power companies for underground cable installation that initially provided the work for the company. In 1985 the company was incorporated and ownership transferred to his two sons, Tom and Den.

Thomas F. “Tom” Charles was the company’s first employee. For several years he operated equipment, labored and everything else necessary to run the company. His field experience gave him insight to the hardships and success of the construction business. Today, Tom is President of Charles Construction Co., Inc.. He spends a large part of his time behind his desk estimating projects and overseeing the operation of the company.

Dennis L. “Den” Charles joined the company full time in 1977 after graduating from the Pennsylvania State University. As with his brother, Den spent several years in the field as a laborer and operator and later overseeing projects along with doing the company’s bookkeeping. Today, Den oversees the operation of their asphalt plant and also estimates projects. 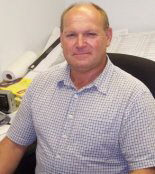 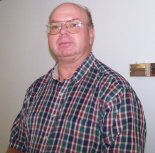 Jennifer Shaffer, Office Managerhas been with the company full time since 1995. Previously she worked summers in the office. Jennifer’s main duties are to serve as office manager, accounting, payroll, and the main point of contact for the human resources department.  She also has been a project manager and has begun handling some bidding duties. 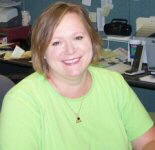 This site was designed and maintained by  Infinity Design Studios -